Members and supporters gathered for a briefing before lobbying 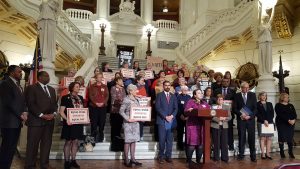 Representatives. Important to get familiar with the materials and messaging for the day. And to catch up with friends from across the state.

Then we dispersed for the appointments made with our Representative and/or their staff. We briefed them on AAUW’s research The Simple Truth and the wage gap by Pennsylvania Congressional District: 2017 Pay Gap and 2016 Pay Gap. We discussed the benefits of HB1243.

Everyone gathered in the capitol rotunda for a 2:00 pm rally spon 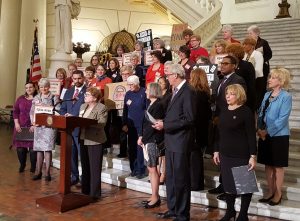 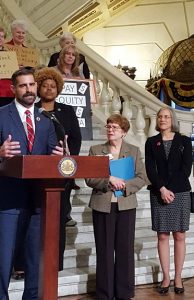